Audiobooks For Soul – Bring Audiobooks free for you 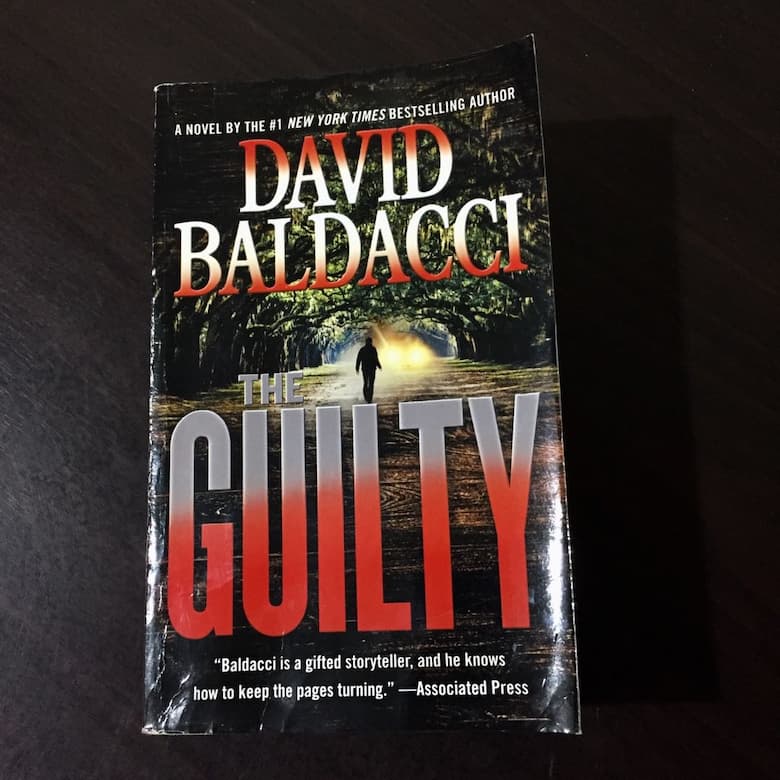 The Guilty is 4th audiobook in the Will Robie series by American writer David Baldacci – number-one best-selling author and one of the world’s most popular, widely read storytellers – comes the most thrilling novel of the year.

It’s been over twenty years since government assassin Will Robie left his hometown in Mississippi. Now a trained killer used to taking down enemies of the state, he was once remembered by the local residents as a wild sports star and girl magnet. He left a lot of hearts broken, and a lot of people angry.

Now he’s back. His estranged father, Dan, who is the local judge, has been arrested for murder, and Robie wonders if it’s time to try to heal old wounds. A lot of bad blood has flowed between father and son, but Robie’s fellow agent, Jessica Reel, persuades him to stick around and confront his demons.

Then another murder changes everything, and stone-cold killer Robie will finally have to come to grips with his toughest assignment of all. His family.

Will Robie escaped his small Gulf Coast hometown of Cantrell, Mississippi, after high school, severing all personal ties, and never looked back. Not once. Not until the unimaginable occurs. His father, Dan Robie, has been arrested and charged with murder.

Father and son haven’t spoken or seen each other since the day Robie left town. In that time, Dan Robie – a local attorney and pillar of the community – has been elected town judge. Despite this, most of Cantrell is aligned against Dan. His guilt is assumed.

To make matters worse, Dan has refused to do anything to defend himself. When Robie tries to help, his father responds only with anger and defiance. Could Dan really be guilty?

With the equally formidable Jessica Reel at his side, Robie ignores his father’s wishes and begins his own desperate investigation into the case. But Robie is now a stranger to his hometown, an outsider, a man who has forsaken his past and his family. His attempts to save his father are met with distrust and skepticism…and violence.

Unlike the missions Robie undertook in the service of his country, where his target was clearly defined, digging into his father’s case only reveals more questions. Robie is drawn into the hidden underside of Cantrell, where he must face the unexpected and possibly deadly consequences of the long-ago choices made by father and son. And this time there may be no escape for either of them.

David Baldacci is the internationally-acclaimed author of 20 bestselling novels. With his books published in at least 45 different languages, and with over 100 million copies in print, he is one of the world’s favorite storytellers.

His family foundation, the Wish You Well Foundation, a non-profit organization, works to eliminate illiteracy across America. He lives in Virginia with his wife and two children.

It’s been a while since the last installment in one of my favorite audiobook series. In The Guilty Audiobook mp3, Robbie has performed a hit that has unintended consequences which setup his ability to execute on the story-line of interest.

This story is unlike any other in the series due to the fact there is no government mission for Will and Jessica to undertake and no international conspiracy at work.

Baldacci blends political reality and believably constructed fiction to produce a great story. A fantastic and gripping plot filled with death-defying action, tension, and a gripping and dramatic climax. The equally complex and highly skillful character of Jessica the rogue assassin makes this unputdownable.

The author creates a small town with believable characters and all their daily life intrigues. Where everyone knows everyone’s business and how Will’s sudden appearance gets everyone involved in what is happening in the small place.

It makes us realize the fragility of life, something many works of art try and fail to achieve. I totally recommend The Target Audiobook free! Kyf Brewer’s narration was perfections!

You may love to listen to all audiobooks in the Will Robie Audiobooks series by David Baldacci:

The Guilty by David Baldacci is now available in audible format, mp3 is more than 11.5 hours long, yet the narration by Kyf Brewer is so enticing that you get hooked instantly, and keep you up at night listening!

I extremely encourage you to buy the original book to support the authors and enjoy the highest quality books.

My website is for people who already own the audiobook and wish to stream it. Please contact the me or content providers to delete copyright contents if any. To uploaders: You may not use this site to distribute any material when you do not have the legal rights to do so. It is your own responsibility to adhere to these terms. To listener: Contents shared by this site's users are only for evaluation and tryout, I extremely encourage you to buy the original book to support the authors and enjoy the highest quality books. Contact me [email protected]

Hope you have a great time with me website!!!

The Target Audiobook – Will Robie #3 by David Baldacci

Harry Potter and the Order of the Phoenix Audiobook – HP05

Harry Potter and the Goblet of Fire Audiobook – HP4

Hi all my friends. Most of audiobooks were back again. Please tell me if there is any problem.